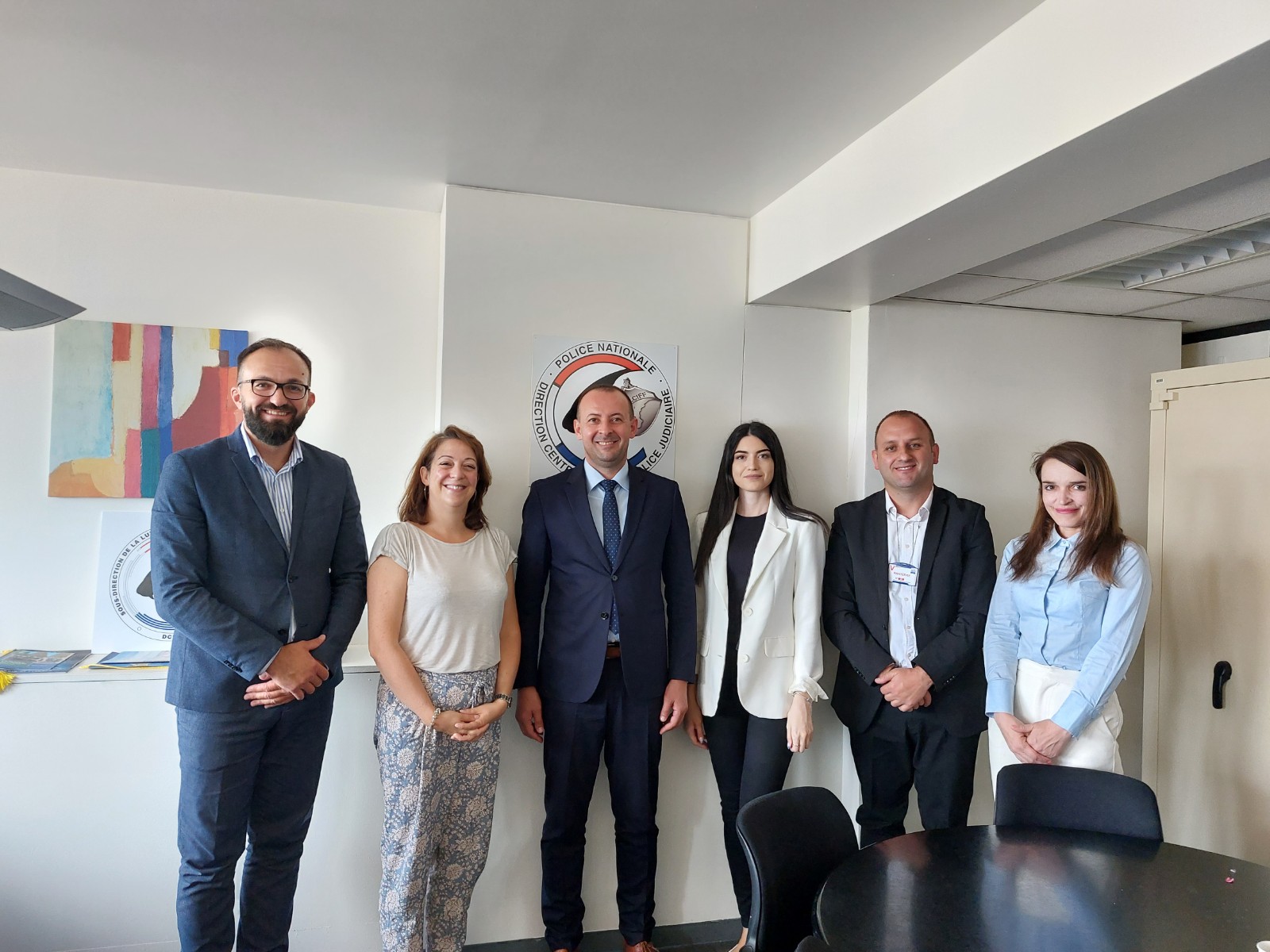 As part of the meetings with leaders of institutions relevant to the prevention and fight against corruption, the delegation of the Anti-Corruption Agency (ACA) held two more meetings on the second day.

In the fourth meeting, the ACA delegation met with Sandrine Desesliard, Police Commissioner and Deputy Head of the Central Office Against Corruption, Financial and Fiscal Offences (L'Office central de luttecontre la corruption et lesinfractionsfinancières et fiscales), where they were informed of the role of the Office in the fight against corruption and the investigation of corruption cases and its cooperation with the Public Prosecutor's Office.

The Police Commissioner, Sandrine Desesliard, discussed with the Director of ACA, Yll Buleshkaj, presented the institution’s organization, stressing that it enjoys high credibility in the public, while cooperation with credible media helps the institution in detecting cases of corruption.

On the other hand, the Director of ACA, among other things, also spoke about the transparency and accountability of ACA in relation to communication with the media and non-governmental organizations and emphasized that in 2022, through cooperation with the media, ACA has handled about 30 cases involving prevention and combat of corruption related to the misuse of official office, the declaration of wealth and the prevention of conflict of interest.

During the official visit to Paris, the last meeting was held with representatives of the State Prosecutor's Office for Financial Matters/the Judicial Court of Paris (Le parquet national financier), Emmanuelle Fraysse, Secretary General and Michel Smaniotto, Judge at the State Prosecutor’s Office.

Representatives from the State Prosecutor's Office announced that the institution began full operation in 2013 and has jurisdictions operating throughout the territory of France, while it consists of prosecutors and investigation experts. According to the, the institution's priority is strengthening the integrity of the judges and prosecutors of this institution.

During the meeting, the representatives of the State Prosecutor's Office also discussed the organization of internal and external communication in relation to the handling of corruption cases, while, in relation to external communication, they emphasized that information is published without hindering the process of investigations and investigations may be initiated also based on the news published in the media.

The Director of the Department for Fighting Corruption in ACA, Blerim Kelmendi, thanking the host institution, emphasized that “having access to international practices enables us to further advance the development of our capacities as an Agency, as well as improving the quality of our contribution in the development and implementation of anti-corruption policies in Kosovo.”

During the meetings held in France, the representatives of the institutions offered their readiness for cooperation with the Anti-Corruption Agency in Kosovo in the development and implementation of anti-corruption policies in Kosovo.

The official visit to France, initiated by the French Embassy in Kosovo, was organized in order to exchange experiences with the French counterpart institutions, in view of the need to exchange experiences with counterpart institutions in the wake of expected changes in the ACA’s structure and scope following amendment to the Law on ACA and the Law on Declaration of Assets.