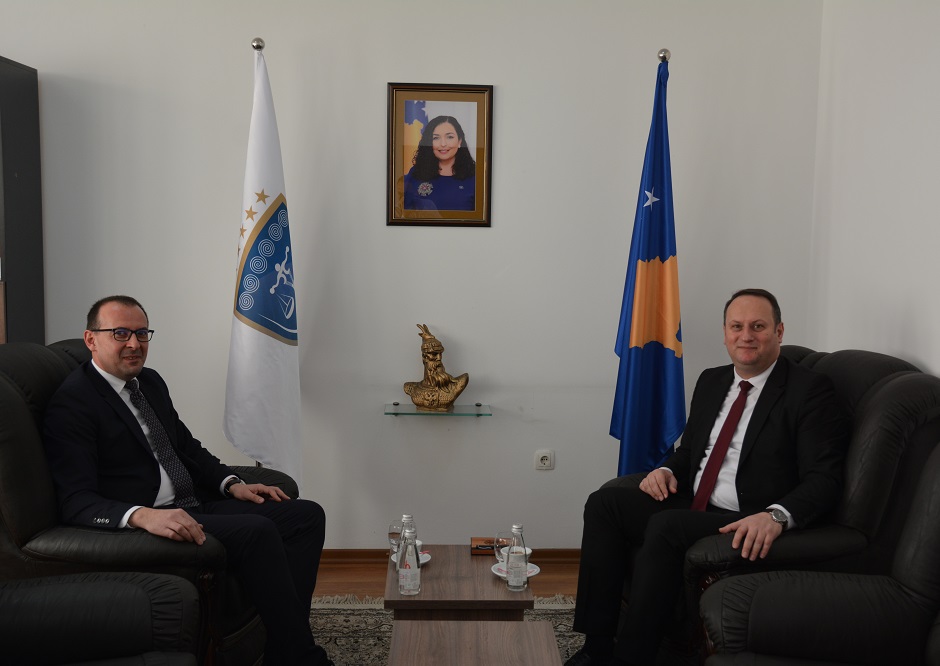 Yll Buleshkaj: All administrative investigations for which the ACA conducts with full equality of treatment, without political, ethnic, gender, linguistic, religious and other prejudices

The Director of the Anti-Corruption Agency (ACA), Yll Buleshkaj was received today in a meeting with Chairman of the Kosovo Judicial Council (KJC), Albert Zogaj  to discuss the advancement of cooperation between the ACA and the KJC to prevent and fight corruption in Kosovo.

During the meeting, the interlocutors discussed the importance of the judicial system in dealing with corruption cases.

The Director of ACA, Yll Buleshkaj informed the Chairman of the KJC, Albert Zogaj about the process of declaring the assets of senior public officials, while emphasizing the commitment of the Anti-Corruption Agency, all administrative investigations by ACA are carried out equally full treatment without political, ethnic, gender, linguistic, religious and other prejudices.