In the meeting with the representatives of the French Embassy,​​the Director of AKM, Mr. Yll Buleshkaj presented the scope and role of AKM in preventing and combating corruption, while informing the representatives from the French Embassy that upon assuming the position of AKM Director, increasing the transparency and accountability of the Agency will be among the priorities main job.

During the meeting, representatives from the French Embassy in Kosovo were informed about the implementation of the law on signal protection, while the visitors were interested in the work of the Anti-Corruption Agency in relation to the administrative investigation process. Special attention was paid to the necessary condition that the officials of the agency enjoy adequate legal protection during the performance of official duties, especially during the investigation of corruption cases and the consideration of possible conflict of interest involving high-level officials.

The director of AKM, Mr. Yll Buleshkaj and the Deputy Chief of the French Embassy in Prishtina, Mr. Francois Cyprien, agreed on the continuation of communication and cooperation in the exchange of experiences in the field of prevention and fight against corruption in Kosovo. 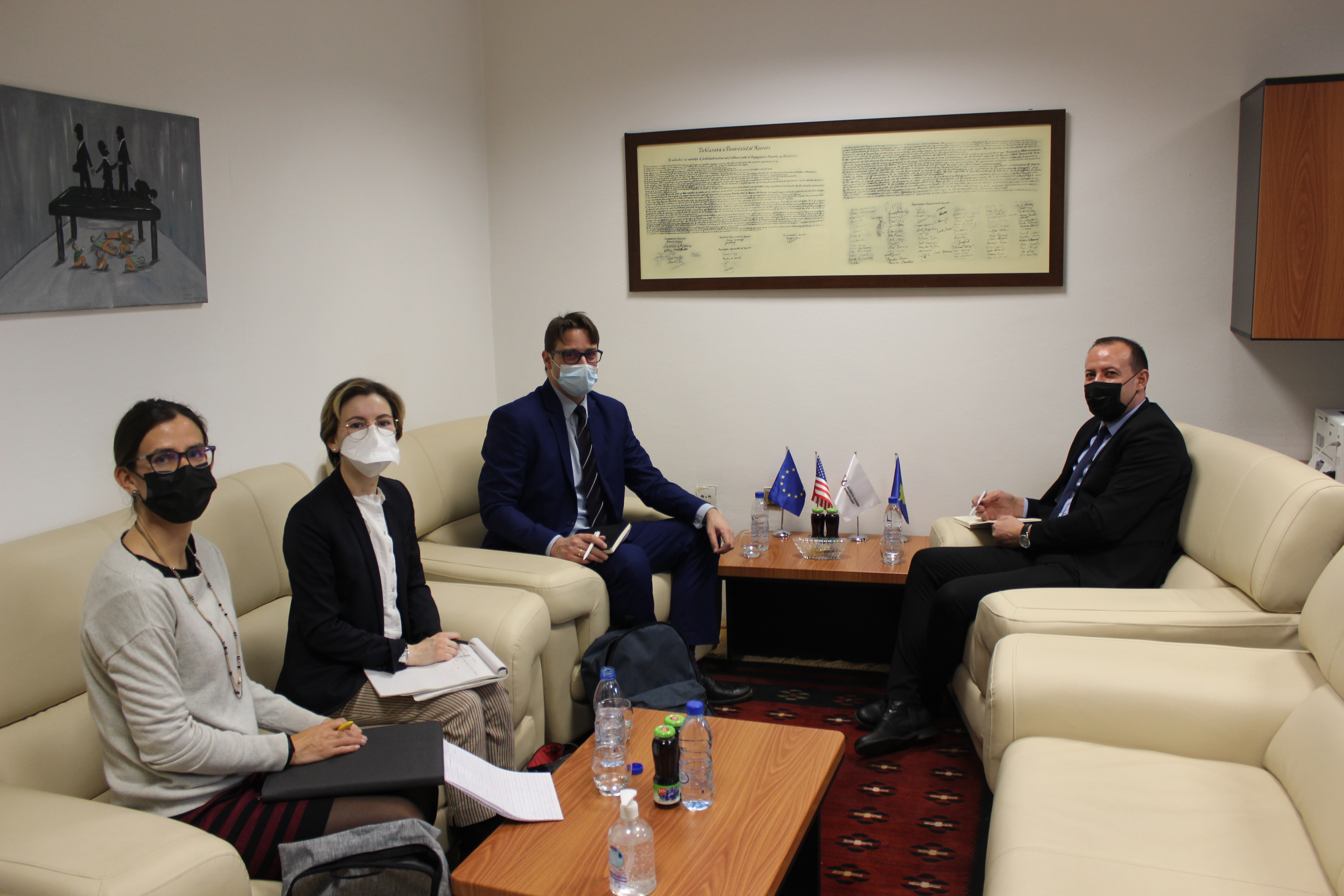