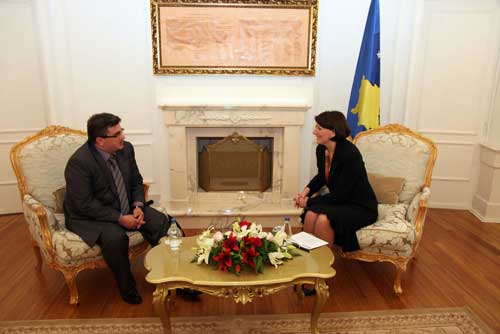 President Jahjaga provided support to Anti-Corruption Agency for continuing the fight against corruption.
During this meeting in the presidency Anti-Corruption Agency Director stated the need for fast completion of cases filed to the courts.
Also, the finalization of legal nomenclature, strengthening of institutional mechanisms and increasing the level of accountability by these institutions were some of the subjects that were discussed at the meeting.