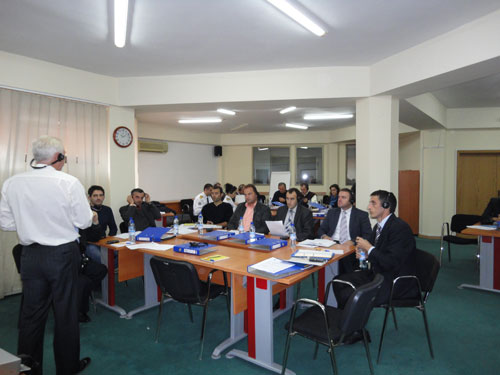 This is another support given to institutions in Kosovo by the European Union Project - SACIK. Since the 15 October 2010, this project has organized trainings with the purpose of advancing the investigative procedures.

• Training is titled: "Advanced Investigative Intervention" where for this training were engaged Mr. Peter Reay and Ken Washington, international experts with experience in the field of investigation. Agency Officials, who participated in this training, were able to get directly acquainted with the latest information in the field of investigation.
• In addition to this training, the project of the European Union from 18 October 2010 will also organize the "Training of Trainers" training in the field of investigation. This is also a good opportunity for officials from the Anti-Corruption Agency to receive knowledge which knowledge will then serve to train new officials.
• In addition to Anti-Corruption Agency in these trainings will also participate institutions such as Kosovo Customs, the Kosovo Police and the Public Procurement Office.
• Similar trainings which aim to advance the fight against corruption, in general, will continue in the future.