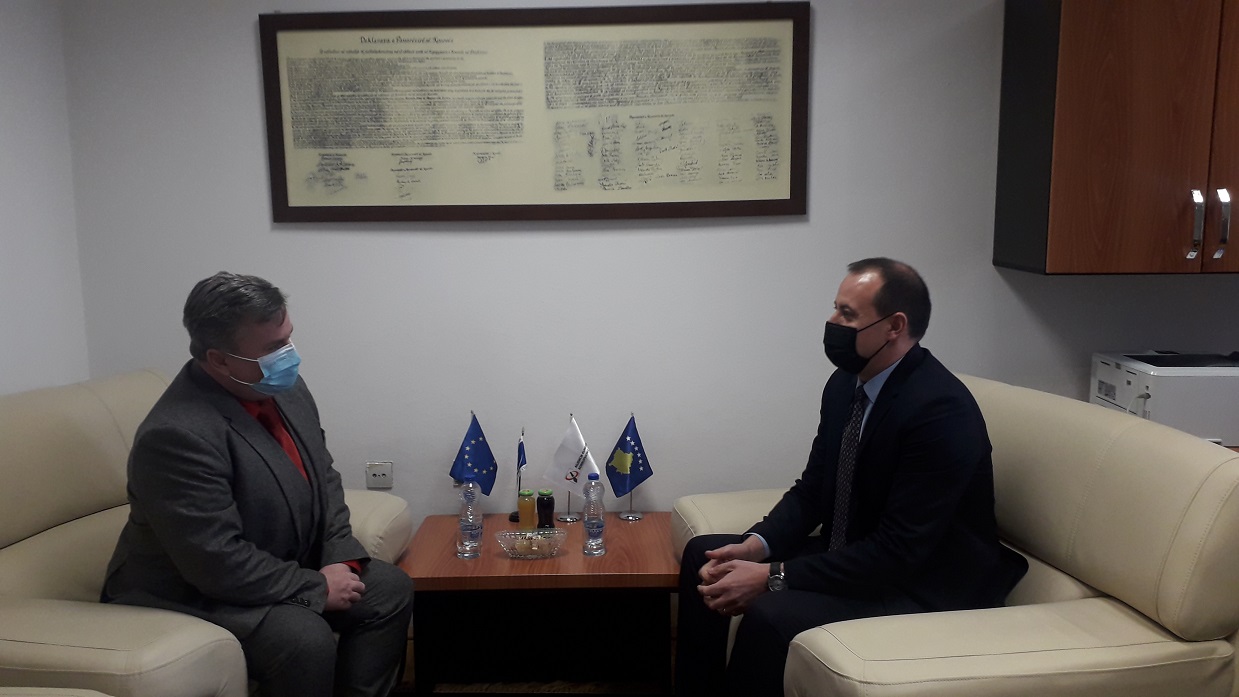 The Director of the Anti-Corruption Agency (ACA) Mr. Yll Buleshkaj, received in a meeting Mr. Frank Power, Head of the Office of the Council of Europe in Kosovo.

Congratulating Mr. Buleshkaj for his new position, the Head of the Office of the Council of Europe in Kosovo, Mr. Frank Power stated that the Council of Europe is committed to deepening cooperation with the ACA, in one of the very important components which is the prevention and combating of corruption in Kosovo and and implementation of the PEC III project.

On the other hand, Mr. Yll Buleshkaj, the ACA Director, in his meeting with Mr. Frank Power, presented the ACA priorities and plans on the occasion of taking the Office and stressed that strengthening of the mechanisms in preventing and combating corruption will be a priority within the scope of the ACA, and that the ACA is committed to strengthening cooperation with all partners in preventing and combating corruption in Kosovo