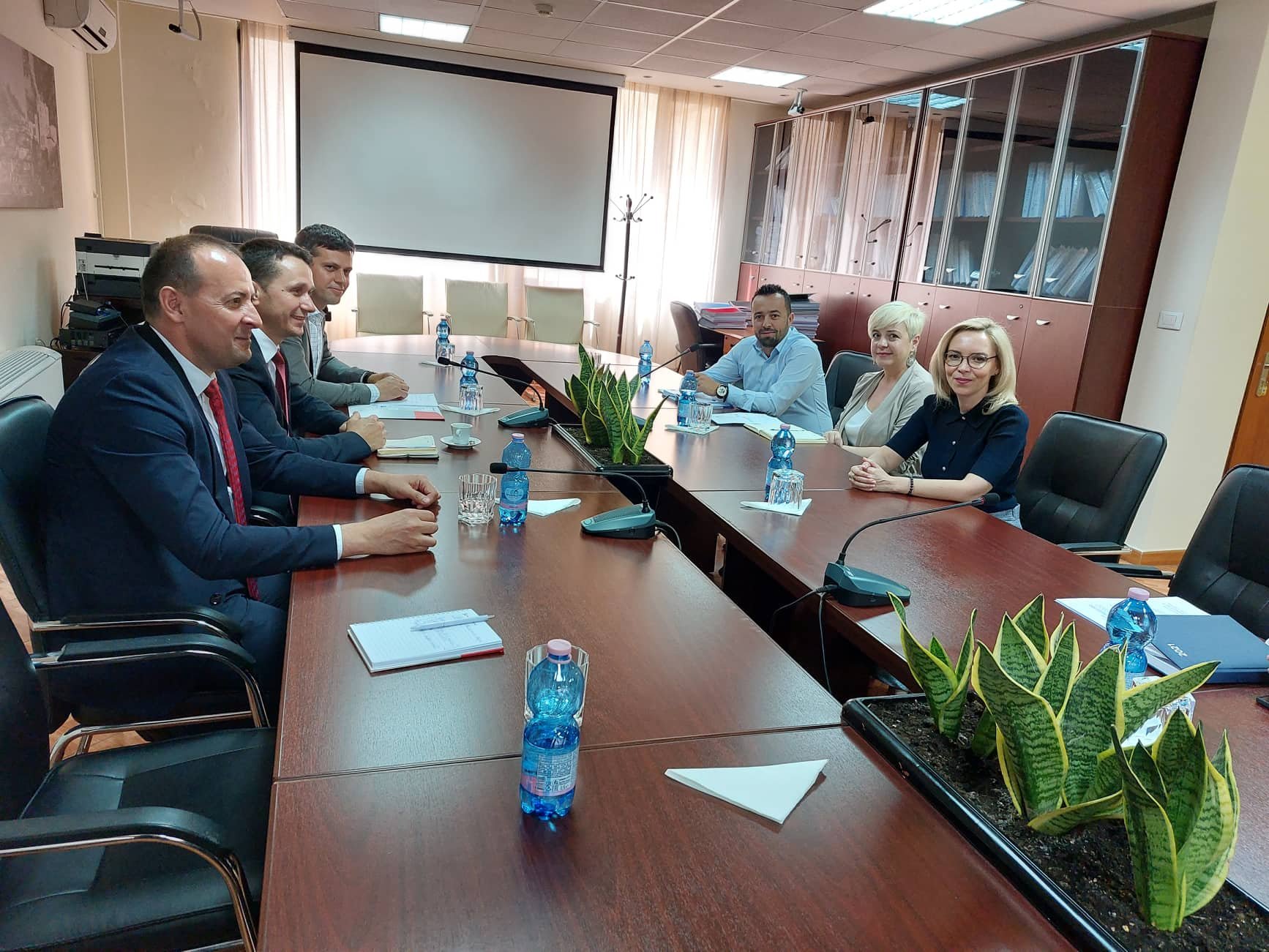 Cooperation between Kosovo and Albanian counterpart institutions for asset declaration and verification is intensified.

The Director of the ACA, Yll Buleshkaj was received today by the Inspector General of the High Inspectorate of Declaration and Audit of Assets and Conflict of Interest in Albania, Evgjeni Bashari.

The exchange of experiences in the administration of the electronic declaration process and the verification of assets were the topic of discussion between Mr. Yll Buleshkaj, Director of the Kosovo Anti-Corruption Agency, and Mrs. Evgjeni Bashari, Inspector General of the High Inspectorate of Declaration and Audit of Assets and Conflict of Interest (HIDAACI) in Albania.

In the meeting between the representatives of the two institutions, experts from the High Inspectorate of Declaration and Audit of Assets and Conflict of Interest presented to the ACA team the project implementation process for electronic declaration of assets and the methodology developed, including the challenges that have accompanied this process.

The Director of the ACA Yll Buleshkaj said that the cooperation between the two institutions is very important for the ACA, with special emphasis on the experiences of HIDAACI in relation to advancing the assets declaration system to an electronic one, to be introduced for the first time in Kosovo, as well as the identification of possible difficulties that may arise during the process.

On the other hand, Mrs. Bashari said that the High Inspectorate of Declaration and Audit of Assets and Conflict of Interest in Albania will provide ongoing cooperation and support to the Anti-Corruption Agency whenever deemed necessary by mutual assessments.

The Director of the ACA, Mr. Yll Buleshkaj thanked the Inspector General of HIDAACI, Mrs. Evgjeni Bashari for the cooperation and invited her to visit the ACA, while the two leaders of the institutions pledged for the continuation of mutual communication and exchange of experiences of interest to both institutions.